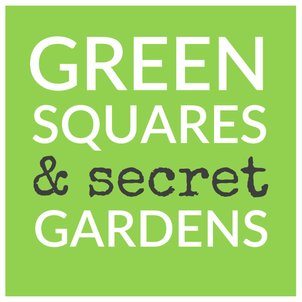 This beautiful elegant crescent overlooks much of the docks, and much of the city can be seen from it. The 'secret' gardens are a delight. 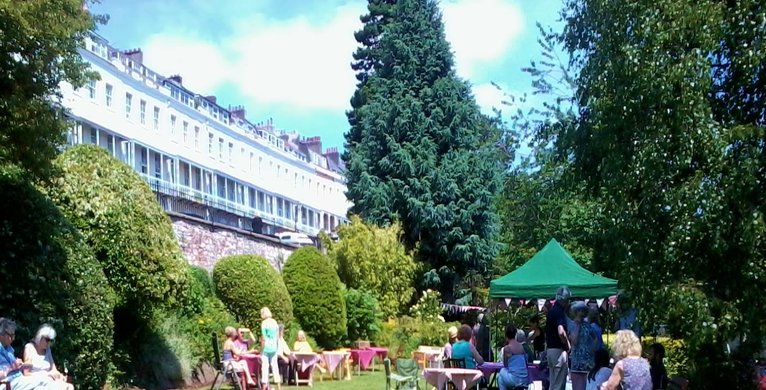 The magnificent sweeping curve of houses on their raised pavement above the garden is Royal York Crescent, built between 1791 and 1820.  This was speculative building that had its hiccups.  The first developer went bankrupt with 10 houses complete and fifteen unfinished.  At one time during the Napoleonic Wars it was only just saved from being turned into barracks.

Despite the gardens being on a steep slope, the map of 1880 shows a tennis court which remains today as a flat area.  Then the grounds stretched down to Cornwallis House and on to Cornwallis Crescent.  Between that map and the one in the 1900s the 30 houses of York Gardens had been built, a development which may have prompted the majority of Crescent owners to buy what remained of the gardens from the War Office in 1909.

Working closely with the gardener, a residents’ gardening club meets once a month and, through their work, the central beds of the gardens have been recently replanted 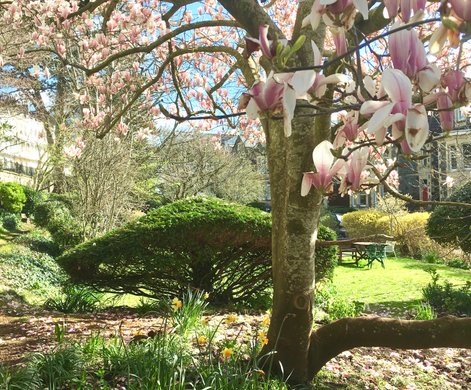 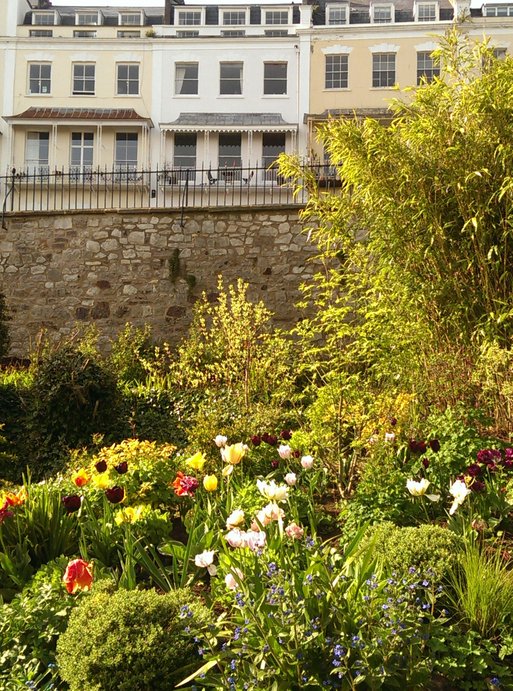 We are stardust, we are golden and we've got to get ourselves back to the garden...