Ambra Vale East Community Garden is a highly attractive garden bordering the street. The garden arose out of a campaign by local residents to save one of Cliftonwood’s last green spaces.

The garden is on a piece of land on the junction of Ambrose Road, Ambra Vale East and Argyle Place that was formerly the site of a house that was destroyed by bomb damage during WWII and never rebuilt. Developers wanted to build a three-storey house on the site but instead the space was designated as a Town Green in 2009, which means it will remain an open space in perpetuity.

The garden, which is used as a ‘village hall without walls’, has won numerous awards, including the Royal Horticultural Society’s best community garden in the South West. Many well-attended community events are held there, including Easter Egg hunts, carol singing and open-air film shows. A Hallowe’en barbeque attracted over 200 people. 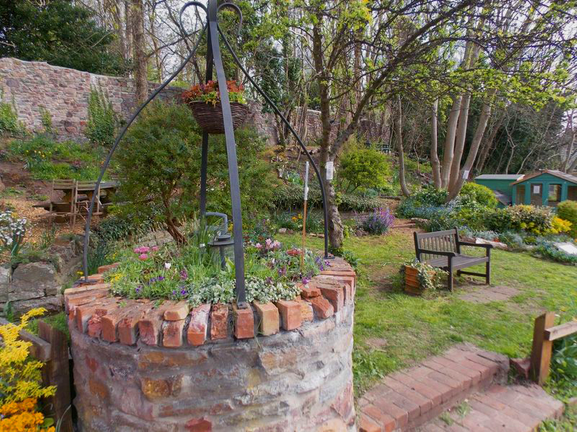