The garden here sits between Clifton Park and Vyvyan Terrace. The Grade II* listed terrace was named after Sir Richard Vyvyan, who was the Tory MP for Bristol in 1832. It was built piecemeal between 1838 and 1847, and became known as ‘Clifton’s most ambitious terrace’.

The architect conceived of the terrace in the form of a palace, with an Ionic colonnade of eight large columns in the centre. The end pavilions have attached columns and odd bowed balconies.

The garden is maintained by the residents and has some fine trees. 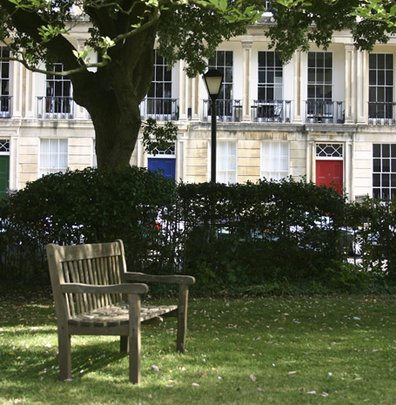