Hodgkin House exists to provide a home away from home for international postgraduate students of all faiths and none. It traces its history back to 1961 when, at a time of rampant discrimination, 5, 6 and 7 Meridian Place were set aside as a hostel  for male students from overseas.

The hostel was established to challenge racism in the housing sector and in the belief that people of different backgrounds benefit from the interplay of their traditions in an atmosphere of friendship and mutual trust.

The trustees and staff of what has, since 1985, incorporated 3-7 Meridian Place and  been known as ‘Hodgkin House’, are supported in their work by the Friends of Hodgkin House. Established as a group in 1965, ‘the Friends’ believe in the value of personal friendships between people of different nationalities, and give practical expression to this belief. They offer hospitality to the residents and arrange social events including Sunday teas, theatre visits, skittles evenings, seasonal celebrations and outings.

The name ‘Hodgkin House’ was chosen to honour the work of Thomas Hodgkin, an Africanist who became the first Director of the Institute of African Studies at what became the University of Ghana, and of his wife, Dorothy.

Dorothy Hodgkin had a distinguished career as a chemist, in the course of which she pioneered research techniques in X-ray diffraction crystallography, and was part of a team that worked out the structures of penicillin, Vitamin B,  Vitamin D and cholesterol. She spent 34 years unravelling the structure of insulin.

In 1964, Dorothy Hodgkin was awarded the Nobel Prize for Chemistry and the following year was admitted into the Order of Merit.  She had links with Bristol and was Chancellor of the University here from 1970 to 1988. 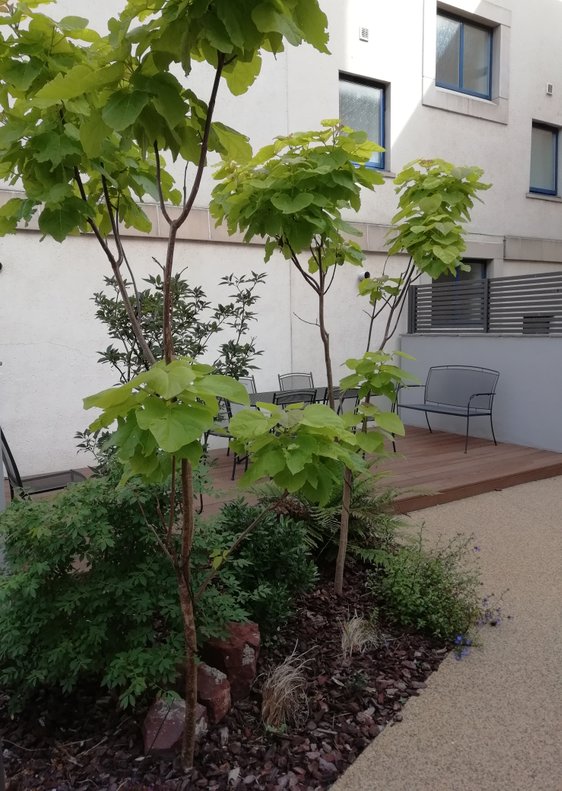